Water hardness Belgium: what is it? 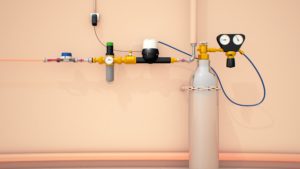 Generally speaking, hard water is water that contains a lot of limescale. Also, water hardness expresses the overall content of calcium and magnesium salts in the water. In addition, hard water causes limescale build-up on your sinks, shower walls, bathtub etc. It is important to note that in Belgium, tap water comes from 700 sources. Therefore, the hardness of water in Belgium depends on the municipality where you live in.

How can you find out the hardness of water in your city in Belgium?

First of all, water hardness is expressed in mg/L or in French degrees. Then, a hard water of 25°f, for example, contains 250mg of limestone per litre of water. In other words, 250g of limescale per cubic metre of water.

In Belgium, there are areas with harder water than other places. On the whole, in Flanders, with the exception of Limburg, one can find semi-hard and hard water. Whereas in Limburg the water is rather soft. In the province of Hainaut, Liège but also Namur you can also find relatively soft water. In the province of Luxembourg, however, it depends on the municipality, but it is generally semi-hard and rather soft.

What is the pH of hard water?

In short, the pH is the abbreviation for “hydrogen potential”, it measures the concentration of hydrogen ions in the water, i.e. the acidity of the water. Also, the pH is expressed on a scale of 0 to 14. Between 0 and 6.5, the pH is an acidic solution. From 6.5 to 7.5, a pH is a neutral solution. Above 7.5, it is a pH of a basic solution.

In reality, the water that comes out of the tap has a pH between 6.5 and 8.5. However, although a water softener has a very small influence on the pH of the water, it is no less important because softened water is different in every case.

Discover now SoluCalc: the traditional salt-free softener. SoluCalc is very small, compact and injects CO2 at the very base of your water supply. It will transform your limescale into calcium bicarbonate. Unlike limescale and scale, calcium bicarbonate does not encrust your pipes. You will therefore be done with all traces of limescale all over your taps and fittings. In addition, it will extend the life of your household appliances and pipes.